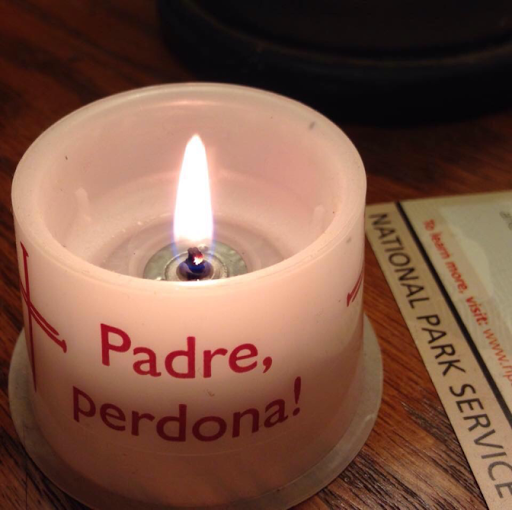 Tonight, I lit a candle for my country. For all of us. I sat with my phone tuned into Facebook and participated in prayers offered by my friend Robert. As our Presiding Bishop Michael Curry has said, what Christians do is that we pray. We send up petitions to God in the hope and trust that our collective cry will be heard. And once we've prayed, we must act.
Prayer is not a monologue; it is a dialogue and is meant to give us the calm and the strength to go out into the world in peace and bring light to the darkened streets. And on this night, like last Saturday when millions of us marched for women world-wide, I saw hundreds, if not thousands, being the light crowding Terminal 4 at JFK airport in New York to protest the executive order of our new president to crack down on refugees coming from seven predominantly Muslim countries, leaving even dual citizens and green cardholders stranded at customs. There are crowds gathered at other international airports in Dallas, Boston, Washington, and San Francisco chanting to let the people come in. Foreign nationals are posting that they are among those currently trapped in limbo, unable to get back to their families, their homes, their jobs. The president even went so far as to order that universities release the immigration status of their college students. The University of Michigan has said it will not give up that information.
The president? Of the United States? Asked for immigration status of college students? This is surreal, and, sadly, it is true. More candles. More lights. More tears for what is happening to my country.
Tomorrow morning, I will be reading the assigned lesson from the prophet Micah. It contains one of the most famous and repeated statements from the Hebrew Scriptures to us Christians, "What does the Lord require of you but to do justice, and love kindness, and walk humbly with God?" (Micah 6:8) If I were to take each of those parts and apply them to today's news, it's enough to set my hair on fire. How is it justice to deny people who are not criminals re-entry into the country that, for some of them, is the only home they've ever known because it was their parents who came over here first? To love kindness, to me, would require us to dip back even further into our Judeo-Christian tradition to remember that we were once the strangers in Egypt. And even in the First Century, the followers of The Way were a persecuted and tormented minority group within the Roman Empire. In fact, as I have noted, Jesus was an early proto-type of what it is to be part of a Resistance Movement. And his movement was entirely based on loving God to the fullest extent. In doing that, one could (and should) feel love toward others...all "others" in the society. And that's when one can walk humbly with God as we step beyond our own egos, our own comfort zones, and enter into the experience of the other to be a friend, a mediator, an advocate. In other words, we finally live into our call to be Christ in the world. If we commit ourselves to follow this directive, how can we not see how the actions taken against foreigners and refugees flies in the face of our Judeo-Christian ethic?
Tomorrow's Gospel lesson is the Beatitudes from Matthew. I challenge us to read these words aloud as we think about the chaos caused by our president:

"Blesssed are the poor in spirit, for theirs is the kingdom of heaven.

"Blessed are those who mourn, for they will be comforted.

"Blessed are the meek, for they will inherit the earth.

"Blessed are those who hunger and thirst for righteousness, for they will be filled.

"Blessed are the merciful, for they will receive mercy.

"Blessed are the pure in heart, for they will see God.

"Blessed are the peacemakers, for they will be called children of God.

"Blessed are those who are persecuted for righteousness' sake, for theirs is the kingdom of heaven.

"Blessed are you when people revile you and persecute you and utter all kinds of evil against you falsely on my account. Rejoice and be glad, for your reward is great in heaven, for in the same way they persecuted the prophets who were before you.

These words of Jesus are for me the song of my heart and that of so many of us who believe in his mission of Love, inclusion, and mercy to those being pushed out into the margins. "Blessed are you when people revile you and persecute you and utter all kinds of evil against you falsely on my account." Take heart, all those who are finding themselves in the crosshairs of our president's peculiar xenophobia: you are not forgotten as those thousands crowding airport terminals were showing the world. You will not be abandoned as the ACLU and the federal courts have told you tonight coming to your aid. You do have Christian sisters and brothers who are linking arms with people of all faiths and no faith at all to be the resistance to these anti-Christ policies. If I am to do justice, to love kindness and to walk humbly with God, I can do no better than to start with standing up for you in saying, "This is not my America."

Farewell to a Family of Hope and Change 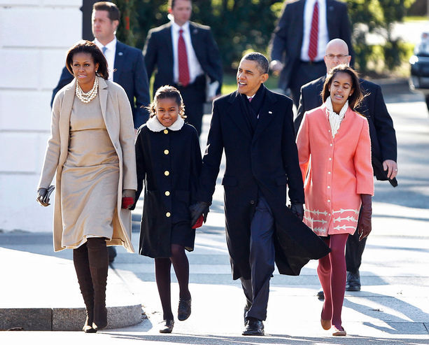 I Am Jim Acosta 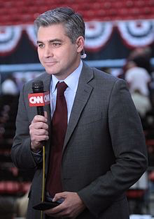 Behold the man who dared to ask a question of our incoming President while working for a network that mentioned there was an embarrassing dossier of information out there about the President-elect. His name is Jim Acosta. He is a Cuban-American and the Senior White House Correspondent for CNN. I don't know him. I don't particularly like CNN very much. But when I heard the news availability (I hardly call what I listened to a 'press conference'), I was shocked and shaken by the way Acosta was shouted down and shut out by the next supposed leader of the free world.
The President-elect, or PEEOTUS as I have been calling him, wasn't going to let Acosta say anything because the PEEOTUS didn't appreciate the coverage of a leaked document detailing the depth of his ties to Russia, and his strange sexual proclivities involving Russian prostitutes and urine. PEEOTUS singled out CNN from all the other networks that had mentioned the existence of these documents because, it seems, he didn't think they did enough to discredit the information by saying "unverified" hundred times. Acosta attempted to ask a question, but PEEOTUS wagged his finger at him.
"Not you. Your organization is terrible.  You are fake news!"
"You are attacking us, can we have a question?" Acosta kept shouting back.
No. No, they could not. And as the two men kept yelling, the PEEOTUS peanut gallery applauded, egging on their bully to show this reporter who was gonna be boss here from now on.
I listened to all of this while I was driving and I felt the hairs going up on the back of my neck. As a former journalist, it was maddening. As an American citizen, it was frightening.
Verbal beat downs of reporters by politicians and other people with inflated ideas of their power is nothing new. And it isn't limited to those on the extreme right-wing of the political spectrum. This past year, Move On or some other group was cheering how Democratic candidate Bernie Sanders schooled "the lamestream media" at a news availability in Iowa. A female reporter had asked about Sanders "outsider" label when he'd, in fact, been involved in politics and a member of Congress for years. In a classic moment of misogyny, Sanders smiled and ignored her...but accepted the same question from a male reporter so he could blast away; thus making Bern-feelers very happy that their hero had told off the media. Back in 2000, when Sen. Kendrick Meek and Rep. Tony Hill held a sit-in at the Capitol over Gov. Jeb! Bush's proposals to end affirmative action in state government, the Governor was caught on tape angrily declaring to his staff member: "Throw their asses out!" Later, after that tape went international, Bush explained he wasn't talking about the two state legislators; he was referring to the members of the media who were ensconced with Meek and Hill in the Lieutenant Governor's office. That was supposed to make it all better, I suppose.
Everyone loves to hate the media because they are the messengers who tell us what our leaders are doing. And that is precisely why we need journalists to keep on the job and remaining vigilant in their pursuit of answers to tough questions. A free press is the threat to a tyrant and a dictator because they want to control every aspect of life...especially what the public is allowed to know. The best journalists are the ones who bring to our attention the uncomfortable and unsettling truths about what's happening in our communities, our country and the world; otherwise, we run the risk of being naïve and blind to problems that need addressing. The fact that an Mi6 report exists, unverified or whatever, that suggests the incoming President of the United States is a little too cozy with a long-time enemy of American democracy is news worthy. It is not fake. "Fake news" is the supermarket tabloids that spent the past eight years publishing unflattering photos of the First Family who was our first-ever African-American First Family. "Fake news" is ultra-white supremacist Breitbart, whose leader, Steve Bannon, is now going to be only footsteps away from the Oval Office.
Last week, the goat was Jim Acosta. But it won't stop there. What I heard in that exchange was a warning shot across the bow of every news organization that if you dare question the PEEOTUS, or bring to light that he is a liar, an incompetent, and a mentally sick individual, you will be shouted down and shut out. You may not even get credentials to cover the PEEOTUS. This isn't the time for the media to reign it in. We need our free press to step on the gas and wear it as a badge of honor if they get yelled at or kicked out of the room. We need our media to close ranks against this bullying and defend their colleagues when this abusive behavior happens again because it will. We need this because these are the people's people who are the eyes and ears bearing witness, up-close and personal, so that we can know what's happening. They are our surrogates. God help us if we lose that freedom of the press.
Posted by SCG at 1/19/2017 07:02:00 AM 2 comments: