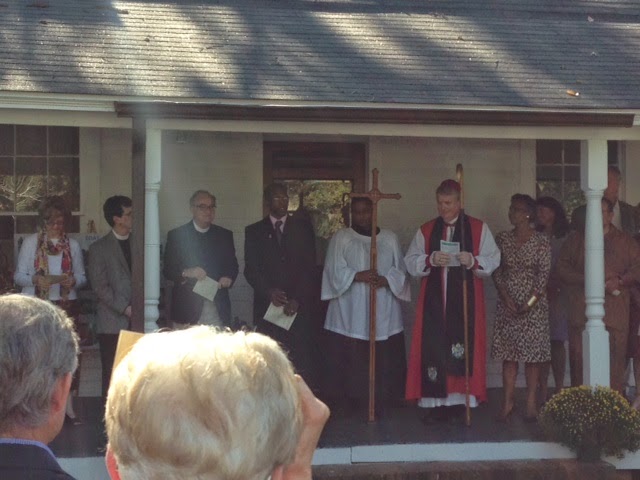 Last year, I wrote about a mission with a dream to transform an urban neighborhood in Thomasville, GA, with a simple, yet intensive effort, to build a community garden and refurbish a church vicarage into a community center.

That dream is now a beautiful blessed space, and it is thriving. It is attracting the interest of the neighborhood on Oak Street as well as local city government officials and agencies that are anxious to see it succeed on the grounds of Good Shepherd Episcopal Church.

EDAT, or the Episcopal Development Agency of Thomasville, has had many minds at work in the past couple of years, coming from the three Episcopal Churches in the city to commit to working jointly to make this dream a reality. Three members from All Saints, Good Shepherd, and St. Thomas formed the initial board of directors. They quickly realized they needed to gain a couple more people from outside of the church communities to serve on the board. In July, they hired Keith Jenkins, a native Georgian with community organizing in his bones, to be the executive director. Keith took to the neighborhood around Oak Street, talking to the residents and getting them excited to come work in the garden. 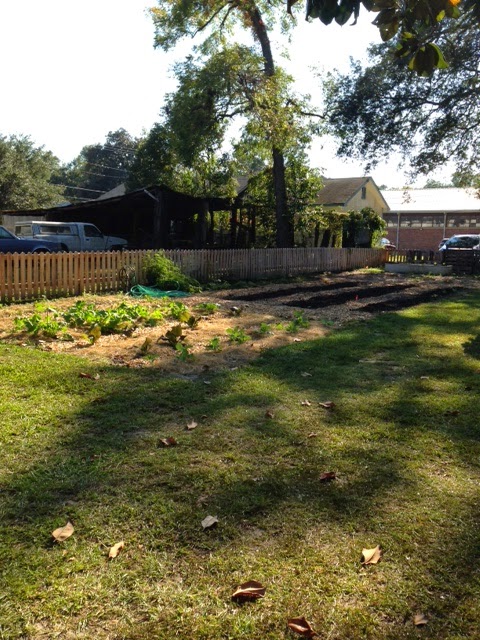 The garden has done quite well. In fact, amazingly well! This winter, Good Shepherd was using greens grown on the premises in their food ministry program. Neighbors were excited to pick okra off of plants that were growing taller than anything they'd ever seen. Children in the neighborhood learned how to pickle vegetables. 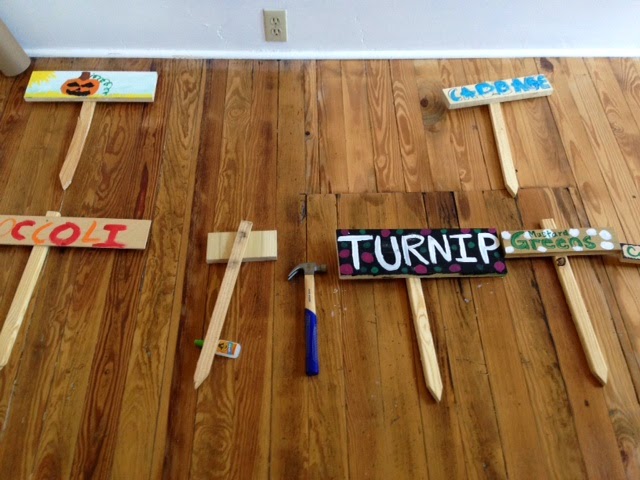 As Keith talked to folks, he learned what it is they're hoping to get out of this project: programs about health care, healthy living, and job creation opportunities. Social service groups have come in to set up after-school tutoring, a necessary support so the next generation will be ready to become the job creators in the community. Habitat for Humanity stepped in to refurbish the vicarage, sanding and refinishing the floors, repairing the walls, repainting the structure.

And the neighbors watched this transformation. There were some who wanted to get involved, to also help out. This was their community center, their garden, their little corner of Thomasville.

The gospel lesson for today was another episode of the authorities in Jesus' day playing a game of "gotcha." The game is not too dissimilar to the shouting matches that pass as political discourse in the country today. The question before Jesus was for him to say what is the greatest commandment. And Jesus, good Jewish man that he was, quoted the Shema, "Love God with all your heart, with all your strength and with all your mind". And love your neighbor likewise. Jesus goes on to assert that all the other 612 laws found in Torah are all linked to that simple, yet challenging task, to love God and love your neighbor. The EDAT project is an embodiment... the incarnation... of that simple command. It is born from a place of love grounded in God that then reaches out to neighbors to make something good happen. All are welcome into this Love that has built bonds between people from different worlds in Thomasville.
Posted by SCG at 10/26/2014 10:44:00 PM 2 comments:

You Can't Hide Your Light: National Coming Out Day 2014

‘No one after lighting a lamp hides it under a jar, or puts it under a bed, but puts it on a lampstand, so that those who enter may see the light. For nothing is hidden that will not be disclosed, nor is anything secret that will not become known and come to light. --Luke 8:16-17
Let these two sentences sink in for a minute. Today is National Coming Out Day, and when I read these words out of Luke's gospel, I smiled broadly and thought, "Yes!" This is the truth of what it is for a person who comes out. The moment that a person ignites the spark and puts it to the candle of their inner truth, there's no way to hide it. And why would they? The realization that one is gay, lesbian, bisexual or transgender is a bigger personal shift than most people understand. There's the whole process an individual goes through to figure out why he or she doesn't feel "right." Society, and all its various cultural institutions, are geared toward being heterosexual. So, if you're not that, then you tend to feel "weird" and out-of-place. And, for many, they don't know what "it" is that makes them feel so ill-at-ease. Once they discover what "it" is, it's as if all of their life finally starts to make sense and fall into place. Lack of confidence gets replaced with a sense of worth that they were hitherto unable to wrap their minds around. And, just like that light that cannot be hidden, the understanding and appreciation of who they really are shines through and cannot be, nor should it be, covered up and hidden.
There was a wonderful story shared as a meme by PFLAG National on Facebook today. 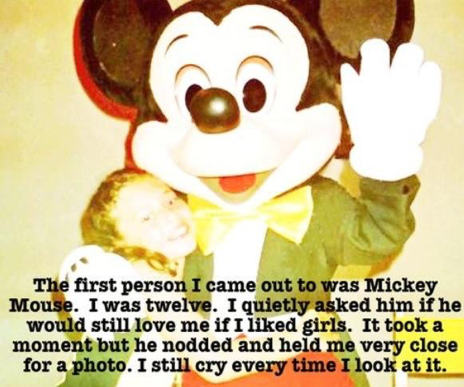 This, to me, is the way that God working through us can do infinitely more than we can ask or imagine. Whoever was the actor or actress in that Mickey Mouse costume that day responded in the way that I believe Christ calls us to respond to someone so young and searching for the candle to light in her darkness of self-doubt and worry that the world will turn against her. Whether that person playing Mickey is a Christian or not, their response was the act of Christian charity that all of us who do call ourselves Christian would be well-advised to follow. And for all we know, given the high number of LGBTQI people in the entertainment industry, that Mickey Mouse may have been having a personal moment of realizing that he or she was able to either keep that flame burning or snuff it out.
Not all people feel safe coming out, and that is the reality and one of the many shames still facing us in this nation and the world. For those of us who are safer in being authentically who we are, it is incumbant on us to keep pass the light to others and burning up fear to blaze a new path and a new way so that all people can come out.
Whoever you are, and however you identify, don't be afraid to let that light and spark of inner truth and power of yourself shine through. You are the light of the world. And the world will be much darker if you continue to hide your light.
Posted by SCG at 10/11/2014 11:45:00 PM 2 comments:

An Open Letter to Our Mayor-elect 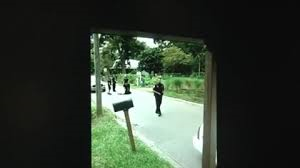 This is the letter that I am sending in light of this week's incident where a 62 year-old woman was shot with a taser in her neighborhood. I applaud the swift suspension of Officer Mahan. But it cannot stop there.


Dear Mayor-elect Gillum,
Congratulations on your election as mayor. I still remember you as a student body leader at FAMU back in my days as a reporter. I was impressed with your leadership then, and was thankful that you stayed in Tallahassee, and did not take your talents elsewhere. This city needs a generation that can take us to the next level.
It’s those calm and thoughtful leadership skills that I am asking you to tap into now at this critical time. I was horrified to read that a Tallahassee police officer used a taser on a citizen who was making an inquiry about things happening on her street in her neighborhood. To then see the video wasdisturbing. Ms. Young was walking away from Officer Mahan. How could this possibly justify use of a taser?
I understand that TPD had stepped up patrols along Dunn Street due to complaints from the neighbors about open-air drug dealing. I am glad for that neighborhood that TPD took their request to heart to make themselves more of a presence. However, arresting people because they are standing around, or walking in the street in a place with no sidewalks, and then tasing a citizen in front of all her neighbors is not the kind of presence that I believe that neighborhood wanted, nor should they be afforded that kind of treatment. Increasingly, it seems that there are gaps in the understanding and awareness of how to police without use of force, not just with our police department, but elsewhere (please see Ferguson, MO). There is a disconnect between the police and the neighborhoods and this is leading to more violence and less safety and a destruction of trust. Do we need a citizens’ advisory board for the police, too?
What Officer Mahan did was unacceptable in a society that should be respecting the dignity of every human being. And given the record of “internal investigations” by the police department, I am afraid he will not be adequately punished for what he did. I hope our state attorney will prosecute him for assault.
In the meantime, I hope that as you assume your new role as the leader of our city commission, you will set a course for Tallahassee to move in a direction away from brute force and toward mutual respect. Our institutions—politics, religion, law enforcement—are rapidly losing the faith of the people. It will take smart and compassionate leaders to turn that around. I wish you well in your effort to steer this ship to safer waters.