Prayers for Those in the Path of Patricia 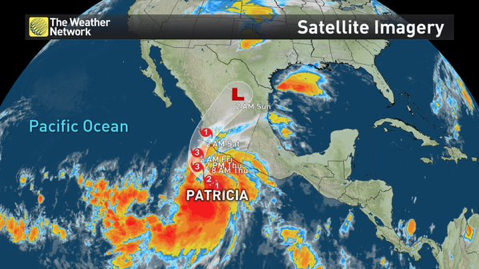 Merciful God, who has calmed the waters of chaos and led people through the walls of threatening waters in ages past, be close to those now who are hunkered down against Hurricane Patricia. Calm those who are in fear. Protect them from the might of her winds. Grant wisdom and courage to those who serve as first responders in these times of crisis. And deliver all to the shores of safety. In your Holy Name we pray.  Amen.
Posted by SCG at 10/23/2015 07:52:00 PM No comments:

Speaking With the Wolves

Hello! It's me again. Sorry to be so absent, but sometimes life overtakes me, and the first thing that I seem to surrender and put up as an offering to busyness is this blog. But this morning, as I was doing the office for St. James of Jerusalem, I found myself giggling. I know that's not consider reverent, but the readings, particular from the Gospel of Matthew, fit so well for the "Headline of the Day" yesterday where former Secretary of State Hillary Clinton sat on the hot seat before a Congressional panel for eleven hours. Matthew says:
‘See, I am sending you out like sheep into the midst of wolves; so be wise as serpents and innocent as doves. Beware of them, for they will hand you over to councils and flog you in their synagogues; and you will be dragged before governors and kings because of me, as a testimony to them and the Gentiles. When they hand you over, do not worry about how you are to speak or what you are to say; for what you are to say will be given to you at that time; for it is not you who speak, but the Spirit of your Father speaking through you.--Matthew 10: 16-20
Seems from the Next-Day-Commentary, Secretary Clinton was able to slice and dice her Republican opposition on the panel, and in so doing, she
got a boost to her ambition to become our next President by keeping her cool and appearing, well, in control and presidential. Add to that, there were moments during the testimony when she just sat back and watched the fireworks happening before her as Democrats blasted Republicans for making everyone sit there through a hearing that was going nowhere fast.
Wise as a serpent. Innocent as a dove amidst the wolves who are still howling at the moon. So much of what I was reading from my friends who were posting to social media about this hearing sounded like the other incredible non-story that wouldn't die: Deflategate, the supposed scandal about an under-inflated football being used in the American Football League's Championship game between the New England Patriots and the Indianapolis Colts. For months at the end of the season, NFL fans listened to pundits carry on and on about how Patriots QB Tom Brady was a cheater who destroyed his cellphone to hide evidence that he "more than likely knew" that two low level equipment employees had under inflated the game ball. And while Brady's ultimate testimony before a federal appeals judge did not enjoy wall-to-wall CNN coverage, the outcome of the hearing told it all: the judge lifted the league's suspension of Brady because there wasn't enough credible evidence to show that he'd done anything wrong, nor was he allowed to properly defend himself during the investigation, an investigation where the lead detective told him he didn't need to keep his phone, so he got rid of it for an upgrade. To me, Benghazi and Deflategate are cut from the same base instinct cloth: a pathological need on the part of others to drag someone down and make someone the goat for a failure of a system. Are there politics, both in the Republican vs. Democrat and sports rivalry sense, at play? Of course! But stripping all the many schemes and overarching desires away...it really comes down to a need to blame and shame. And it has backfired in both cases.
Terrorist attacks have killed hundreds, even thousands beyond the four very tragic deaths in Benghazi. Football teams are always looking for an advantage over their opponents and one team will win and one team will lose; afterall, it's a game. The team that loses reassess, and learns what it needs to do better to win. Maybe that's what the Congressional committee should be doing about terrorism, too.
Posted by SCG at 10/23/2015 11:18:00 AM No comments:

Another week. Another mass shooting of innocents in America.
This time, it was on the campus of Umpqua Community College in Roseburg, Oregon. The college didn’t allow guns on campus, but that didn’t matter to the shooter, who allegedly asked his victims what their religious affiliation was and if they said, “Christian,” he shot them in the head. Why he did this will likely always be a mystery, since the gunman took his own life amidst a hail of bullets from law enforcement.
And thus begins another round in the United States of hand-wringing and praying for the victims, shaking our heads at how someone could do this, getting angry at the availability of guns only to have the gun advocates get angry that it isn’t the fault of the guns; it’s the fault of the mentally ill. And now the new added wrinkle from fundamentalist Christians that believers in Christ are suffering persecution.
While Christians may have been the targets here, it seems that most of these acts of violence are just acts of violence with no particular group that is the target. And that is adding to the fear and frustration in the country. President Obama, in a 12+ minute address to the news media, captured much of my own level of anger at these seemingly endless repeats of horrible crimes. Despite what the National Rifle Association might say, guns are the problem. Specifically, the easy availability of guns, and the lack of stringent safeguards on who gets to actually purchase a firearm, is the problem.
I am of the extreme minority opinion that no one should own a gun, and I wish the government would confiscate them and melt them down and turn them into beautiful works of metallic art. That won’t happen, so I go to the next best thing and that is to tighten and toughen the laws on gun sales and prohibit the manufacture of exploding bullets and other paraphernalia that serves no practical purpose for hunting or sports shooting or whatever recreational activities people say they do when they want to buy a gun. If we would make it as onerous and difficult to get a gun as we make it in some places for a woman to have an abortion, we might actually cut down on the violence.
Cut down. Not eliminate.
To eliminate the shootings we have to address the problems that are causing people to pick up a gun and shoot other people. A lot of the people who do these crimes are reported to be “mentally ill.” Well, I know a lot of mentally ill people who don’t just go shooting other people. And those who have a propensity to commit such a crime must, in some cases, actually shoot someone before law enforcement will arrest them and they’re sent to jail where they may finally get the mental health care they need. Face it: anyone who shoots another person is per se mentally ill. What exact illness they have will vary. The gun fanatics are correct; mental illness is a problem and we must do more to address that in this country. Still mental illness with a gun in hand or in the teeth, is far more dangerous than the unarmed person with a mental disorder.
But even mental illness isn’t the only factor driving this bus. There is a sense of isolation and an inability to get along or garner attention that seems to be the spark that lights the fire of rage that empties bullets into innocent people. It’s as if we have lost the ability to relate to one another as human beings sharing this planet. Even as our technology helps to shrink the global village into the palm of our hands in the form of a smartphone, the gulf between people is widening and erecting more silos around us than ever.
The other day at the 12:10 Eucharist, I was struck listening to the readings, which were pretty depressing. The one that caught my attention was from Baruch:
And you shall say: The Lord our God is in the right, but there is open shame on us today, on the people of Judah, on the inhabitants of Jerusalem, and on our kings, our rulers, our priests, our prophets, and our ancestors, because we have sinned before the Lord. We have disobeyed him, and have not heeded the voice of the Lord our God, to walk in the statutes of the Lord that he set before us.


(Baruch 1:15-17)
I heard these words and contemplated what the essential question is placed before us constantly: will we choose life or will we choose death? How many more times must we bemoan and lament the deaths of innocents because we have lost the willingness to change and accepted their deaths as collateral damage in the effort to keep gun manufacturers and the NRA fat and happy in the name of the Second Amendment? Do we really prefer mass death over eternal life? I know I do not.
While the issues are deeper than just guns, the fact remains that we have suffered far too many mass killings to justify simply praying for victims. If we truly care about those victims, we will strive to change our laws so we won’t be continuing this cycle any longer.